At Busbud, we implement hundreds of APIs to integrate the bus companies of our constantly growing list of partners on our API and website, so that you can search and book those buses in over 60 countries.

About two years ago, we ran into scaling issues as all those integrations were part of our API code, and the whole monolith was running on the same Heroku dyno.

We decided to split the integrations from the API, but at the same time to also split them into microservices, so we can scale and deploy them independently. That’s when we started looking at Docker.

This article will focus only on the way we wrote our Dockerfiles, to finally find the perfect design to get the fastest build time while having the smallest image size.

The first image was very basic… and not very clever:

The commented lines would be used when some of our npm dependencies would have a native build step (I’ll use this convention for all subsequent Dockerfiles).

This would run npm install every time we change our code, even if we didn’t change anything in package.json, and in case we need build dependencies, they would be kept as a layer in the final image, thus making it even heavier; each image would weight from 250 MB to 500 MB, depending on if we needed or not build tools. 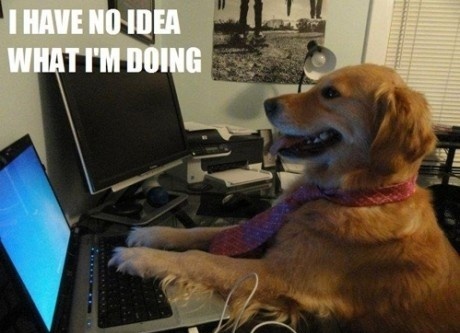 After a couple months, we realized we could do better:

This saves a lot of time during the build of images when there’s no package updates.

It also introduces installing the build dependencies and cleaning up with multiple instructions in the same RUN so we don’t keep temporary layers in the final image that would include development and temporary files.

This is a great optimization for the final image size and has been for a long time considered as a good practice in the Docker community, but it prevents leveraging the Docker caching system, so in our case when we have native dependencies to build, we need to run the apt-get install step together with npm install every time there’s an update in the package.json.

But we didn’t know of a better approach to minimize image size at that point, and we chose to favor small image size instead of faster builds. That could bring image size down to 250 MB even if we needed build dependencies.

The poor performance of the previous Dockerfile when we have native dependencies and we update package.json (which happened more often than we thought) required us to find another solution to try to have fast builds while keeping the image size down.

We identified a recurrent build dependency in most of our microservices: libxmljs. It was the bottleneck for each npm install run, because:

We decided to build two base images: a generic one, and a libxml version that would include a prebuilt libxmljs:

Note: we also switched to Alpine Linux at the same time, which brought down the base image to 33 MB instead of 205 MB for the Debian base one, so our final images would be around 50 MB.

This enabled good build performance and minimal image size, but at the cost of maintaining the base images since there was no official Alpine Node.js image at that time.

Less than a month later, we realized we needed other native dependencies than libxmljs and that our solution was not flexible enough; for those microservices, we were basically back to the previous iteration, where we’d have to install and remove build tools around the npm install command, hence losing all the build time gain of the base images.

That’s when we found about the squashing technique, which looked like the silver bullet we’d been searching for.

Squashing allows you to do whatever you want in the Dockerfile, leveraging numerous layers and the caching that comes with it as you wish, but the squashing step at the end makes it a single layer that doesn’t include the stuff you removed in the final image (as one would expect).

Take a look at this example Dockerfile:

If you build that image, you’ll get an image of 204 MB, that is, 4 MB for the base Alpine image plus the 200 MB file even though it was removed.

Now if you install docker-squash and run it on the generated image, you’ll get a 4 MB image.

This sorcery allowed us to keep all the build tools in our base images without having temporary layers including all build tools in the final images.

We just had to remove the cleanup steps from our base images, and add a RUN /clean to the end of all our Dockerfiles, a step that would cleanup everything, so that when squashing we keep only the needed files.

While squashing looked like a great improvement, it ended up taking a significant amount of time that was close to the time we gained by having the build tools included and leveraging caching. Worst, the 20 second squashing time was required for every build, even if we just fixed a typo in the code, while that would be instant otherwise as long as we don’t touch the package.json.

We also realized that even though the total image size as reported per docker images was significantly smaller with squashing (after removing squashing, we were back to 250 MB images), it had in practice an insignificant impact for our use case as all microservices would share the base image layer, so it would be stored only once per host and in the registry.

Therefore we dropped docker-squash and the libxml image, and made one true base image that would include the build tools.

As a result, builds were lightning fast when there was no modifications in package.json. As a downside, when we had to run npm install, we had to systematically compile libxmljs again for the microservices that use it.

We dropped our base images as there was now an official Alpine Node.js image.

For the build tools problem, we decided to install them as a layer as the first instruction so they can be cached, in order to have a build time as fast as possible, giving up on image size as disk space is cheap anyway.

When we need build tools, our images were still around 250 MB, but otherwise we would stay closer to 50 MB.

Since we build Docker images locally on our laptops instead of centrally, we couldn’t guarantee that the build tools layer would be the same (versions of programs could vary depending on the time the developer built the image, and the eventual presence of a cache for that layer). This prevented Docker from sharing that layer across all images and ended up consuming significantly more space.

So the layering was still useful for having cache and fast builds locally, but it wouldn’t really optimize the size when sharing images across hosts.

I was watching closely the multi-stage builds proposition to Docker, and when I heard that it reached Docker Edge, I was like, guys, this is it. The silver bullet actually exists.

I tried it right away, and it blew my mind.

The build is fast, we never need to run apk add locally once cached for the first time, yarn is run only when dependencies changed, and the final image ends up being the smallest it can be; there’s no temporary building layers, it contains only what’s needed for it to run.

We based the actual image on alpine instead of node:x.x.x-alpine, and copy just the Node.js binary and the libs that it needs, so we don’t include npm and Yarn in the production image. We started using node . instead of npm start as CMD because of that, because npm start is not a good reason to include npm in the final image.

By not having npm and Yarn in the final image, we gained 16 MB on all our images. And not having the temporary build layer included when we have native dependencies saved another 200 MB per image, bringing all our images down to 50 MB in all cases, while having fast builds and being able to completely leverage Docker layering and caching.

At the same time we moved to multi-stage builds, we also made trivial base images that use ONBUILD instructions so all the logic is maintained once in the base images and we have nothing in the microservices Dockerfiles (only specific stuff like additional system dependencies).

We have a builder and a runtime base image, that we use like this:

The runtime image refers the builder image from ONBUILD instructions so you literally have nothing to write.

And the base images themselves:

That’s it folks, thanks to multi-stage builds we can finally have lightning fast builds while keeping the image size as small as possible!

After two years of trials, experiments, and mistakes, we finally found a way to design our Dockerfiles that we have absolutely no issue with, and no tradeoff whatsoever.

I hope you enjoyed traveling through the Git history of our Dockerfiles, and that you’ll enjoy multi-stage builds as much as we do.

At Busbud we invest in our productivity on a daily basis and stay on top of modern technologies so we can deliver the world’s bus schedules to the most people and in the most places faster. If that’s right up your alley, join us, we’re hiring!

Also if you want to read more about multi-stage builds, please check our next article!